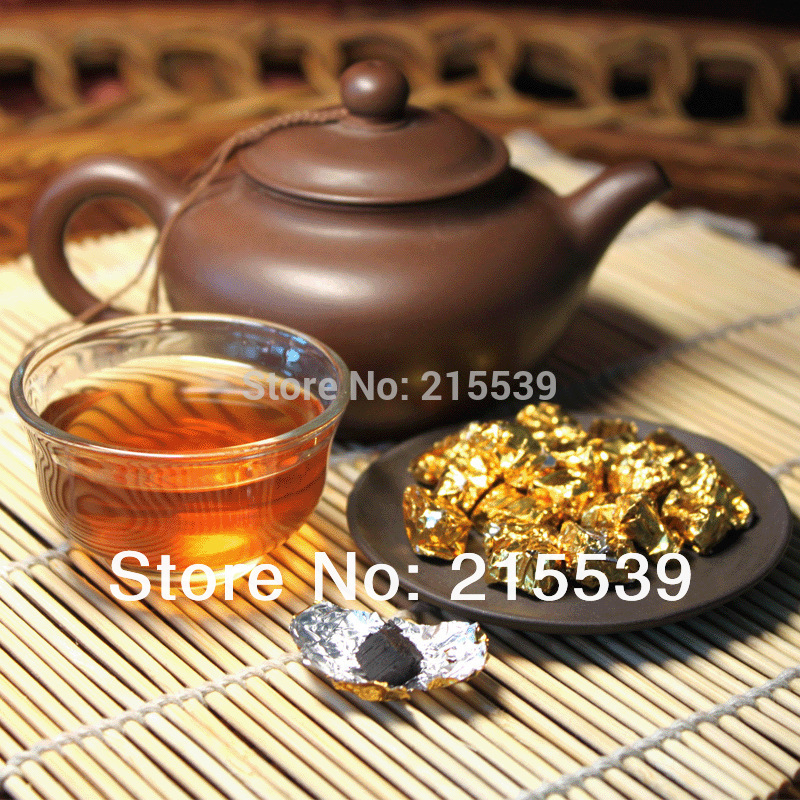 Pirce: Bidding price is for 25pcs.

Production date: Made in 2006 year

Shelf Life : No expiration date, keep it under seal in cool and dry place.

Puer Cha gao began in the Tang Dynasty, mature technology in the Song Dynasty,popular in the Qing Dynasty, was the exclusive drinks and gifts to foreign missions Qing Dynasty royal state ceremony, and later disappeared with the collapse of the Qing Dynasty,after 2006, and back again with the rise of Pu'er tea, has become a new focus of attention of those interested.Pu'er Cha gao has health aspects qingfei row; down three high; sober up Yangwei; beauty body care; anti-oxidation, anti-aging; Diet; anti-fatigue; accomplishment Manner eight major health effects. Its main function is to factor because tea polyphenols contained in the cream,polyphenols up to 60.9% in cha gao, dozens of times higher than ordinary tea!

Cha gao essence is a high purity, are extremely sensitive to water quality, if not with any impurities in the purified water brewing, the tea cream soup transparent bright red; if weak alkaline mineral water, tea is tea paste more phenol rapidly transformed into thearubigins and other beneficial substances, so that red soup quickly, quite good for health, taste more alcohol.

First, boil drinking method: 1, with a pot filled with mineral water (just fill 800ml, 500ml to 800ml of water can choose according to taste shades), heated to boiling. 2, into the tea 1 g. 3, cook until boiling tea all melted (about 1 minute), you can drink in the sketch of the cup. 4, If let it cool down to about 60 degrees when the drink, then soup transparent, red color, taste better.

1, delicately sealed bags, put the cha gao into cup. 2, into the boiling water, observe the color, after smell the aroma can drink. 3, per bag cha gao (0.25g brewed 150-200ml water taste better), the amount of water can be adjusted according to personal taste. 4, although easy to brew, drink taste better if use boil drinking method.